Pregnancy cravings: snack smart with our organic snacks for future and new moms

You are in your second trimester of pregnancy and for a few weeks now, you have noticed that you are hungry all the time? Are you looking for a quality snack, organic of course, that will satisfy your hunger pangs? La fabrique des mamans explains why its organic superfood bars are ideal for future and new mothers.

What if moms-to-be gave themselves a wellness break during their day? Between nausea, lack of space in the stomach, weight gain, increased hunger, “forbidden” foods and the desire to eat healthy and nutrient-rich foods: eating during pregnancy can quickly become a headache. “La Fabrique des Mamans” offers organic and tasty cereal bars, containing essential nutrients for pregnancy, and 30% less sweet than other cereal bars on the market. The bars of “La Fabrique des Mamans” thanks to their super-ingredients, are sources of a multitude of key nutrients for pregnancy: folates, vitamin C, magnesium, iron, fiber and DHA …

Snacks perfectly adapted to the needs of pregnant women

One “La Fabrique des Mamans” cereal bar is equivalent to :

One “Energy” cereal bar from “La Fabrique des Mamans” is equivalent to :

Folate or vitamin B9: THE essential nutrient of early pregnancy

Vitamin B9 (or folates) is involved in the development of the fetus from the 1st trimester. It has a crucial role in many metabolic reactions. During the first weeks of pregnancy, vitamin B9 is necessary to avoid malformations in the child. This is why, in France, it is recommended to take a dietary supplement of folic acid (which allows the production of folates) for women who wish to be pregnant.

A “La Fabrique des Mamans” bar provides about 30 mg of vitamin B9, i.e. about 7.5% of the recommended intake for a pregnant woman in France [7], which is roughly equivalent to 100 grams of cooked kale, fennel or celery sticks [8].

DHA (DocoHexaenoic Acid) is a polyunsaturated Omega 3 fatty acid essential for the body which cannot produce enough of it. During pregnancy and breastfeeding, it allows the normal development of the brain and eyes of the fetus and the breastfed child. It is also beneficial for the immune system and the psychological state of the mother. The main source of DHA is oily fish. However, its consumption must be limited during pregnancy for toxicological reasons, which considerably reduces the sources of DHA for women, and even more so for vegetarians.

A bar “La Fabrique des Mamans” provides 240 mg of DHA synthesized by a micro-algae and thus allows women to consume 96% of the recommended intake with a completely vegan product.

Fiber allies for a good transit during pregnancy

The consumption of fiber helps prevent the development of cardiovascular diseases, diabetes or certain cancers. Consuming fiber also helps to improve intestinal transit and constipation problems. However, French adult women consume half of the recommended daily intake of fiber (30 grams). In order to limit digestive disorders related to pregnancy, but also to have a positive impact on their health and that of their baby, pregnancy is a privileged time to promote fiber-rich foods.

A bar “La Fabrique des Mamans” brings approximately 3g of fibres, that is to say 10% of the recommended intakes in France.

Vitamin C is a well-known antioxidant that also contributes to immunity. It also helps to absorb iron from food. It is crucial that it is provided in sufficient quantities during pregnancy.

A bar ” La Fabrique des Mamans ” brings 37 mg of vitamin C, that is to say nearly a third of the recommended contributions for the pregnant woman.

Magnesium against cramps and fatigue

A bar “Energy” of “La Fabrique des Mamans” brings 80 Mg of magnesium, that is to say 22 % of the recommended contribution in France.

Iron to replenish reserves that are in high demand during pregnancy

Iron deficiency anemia is common during pregnancy and leads to the prescription of a dietary supplement. It is important that women also consume foods that are sources of iron in order to replenish their iron reserves, which are in great demand during pregnancy.

An “Energy” bar from “La Fabrique des Mamans” provides 2 mg of iron, i.e. 12.5% of the recommended intake for pregnant women.

Nausea, acid reflux or lack of space in the stomach often force women to modify their diet during pregnancy. To increase energy intake while decreasing digestive disorders, experts recommend splitting meals. Waiting an hour before having dessert, having a snack at ten o’clock or a small snack at four o’clock: these are all strategies that can limit acid reflux, nausea but also weight gain. 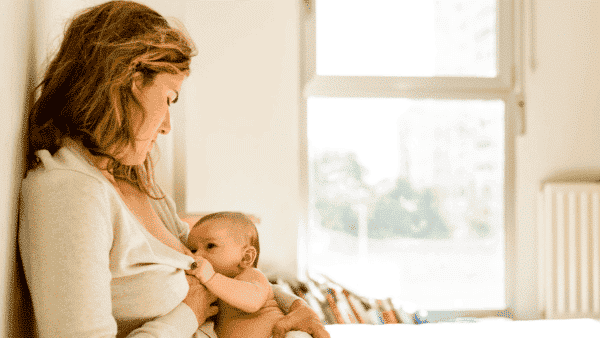